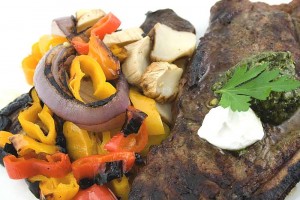 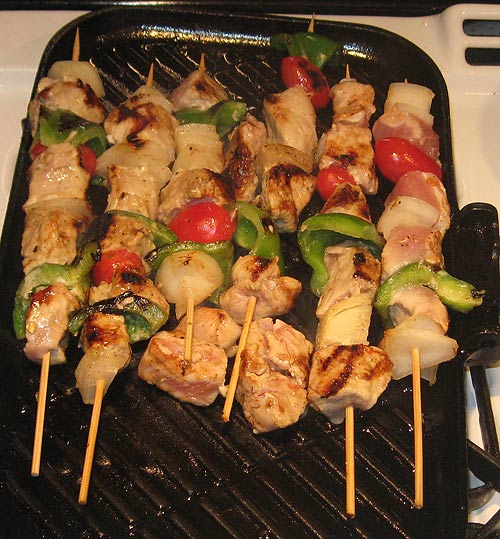 We had quite a few of these little sticks while in Turkey. They are very easy to make and fun to eat.

Meat: You can use whatever you prefer: beef, pork, chicken, lamb, I’ve done similar once even with shrimp. Just marinate the diced meat with some olive oil, salt and onion juice for a minimum of two hours, over night is preferred (Shrimp are an exception, they only take 15 minutes). To get onion juice slice onions very thin, sprinkle some salt on, let sit for 5 minutes, and then squeeze out the juice. For the example in the picture I used about 2lb of pork, half a cup of olive oil and the juice of one medium onion.

Grilling: Put meat on skewers and place on grill. At the same time grill some vegetables like onions, tomatoes and bell peppers. In the example here I cut the vegetables into pieces and put them on the skewers alternating with the meat.

These kebobs go well with Greek salad as seen in the picture below. Note the thick slice of feta cheese, that’s how the salad was always served to us in Greece. We’ve never liked the crumbled feta in Greek salads as it is often served in the US. For more on Greek Salad see here. 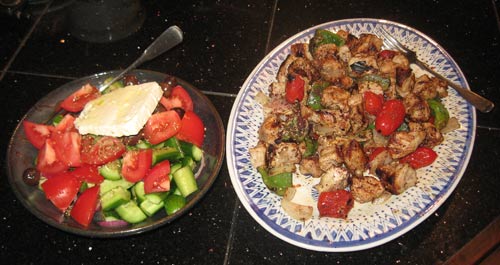 Here is a picture form Turkey. We had the Kebobs this guys is preparing here in the picture for lunch. 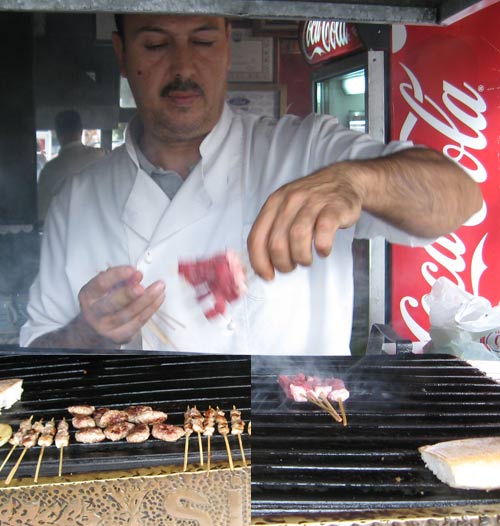