A friend gave me some leek from her garden so I decided to make a hearty, creamy soup.

The leek was cut into rings an then washed. First I browned some ground meat in a pot and then added the leek and let that cook/fry until it was soft. Now I added some water and cream cheese and brought the mixture to a light boil. As the soup simmerd I added cream (half and half), salt pepper, nutmeg, some roasted chicken base until I was happy with the taste.

Some baguettes with some melted Asiago cheese completed this simple meal. 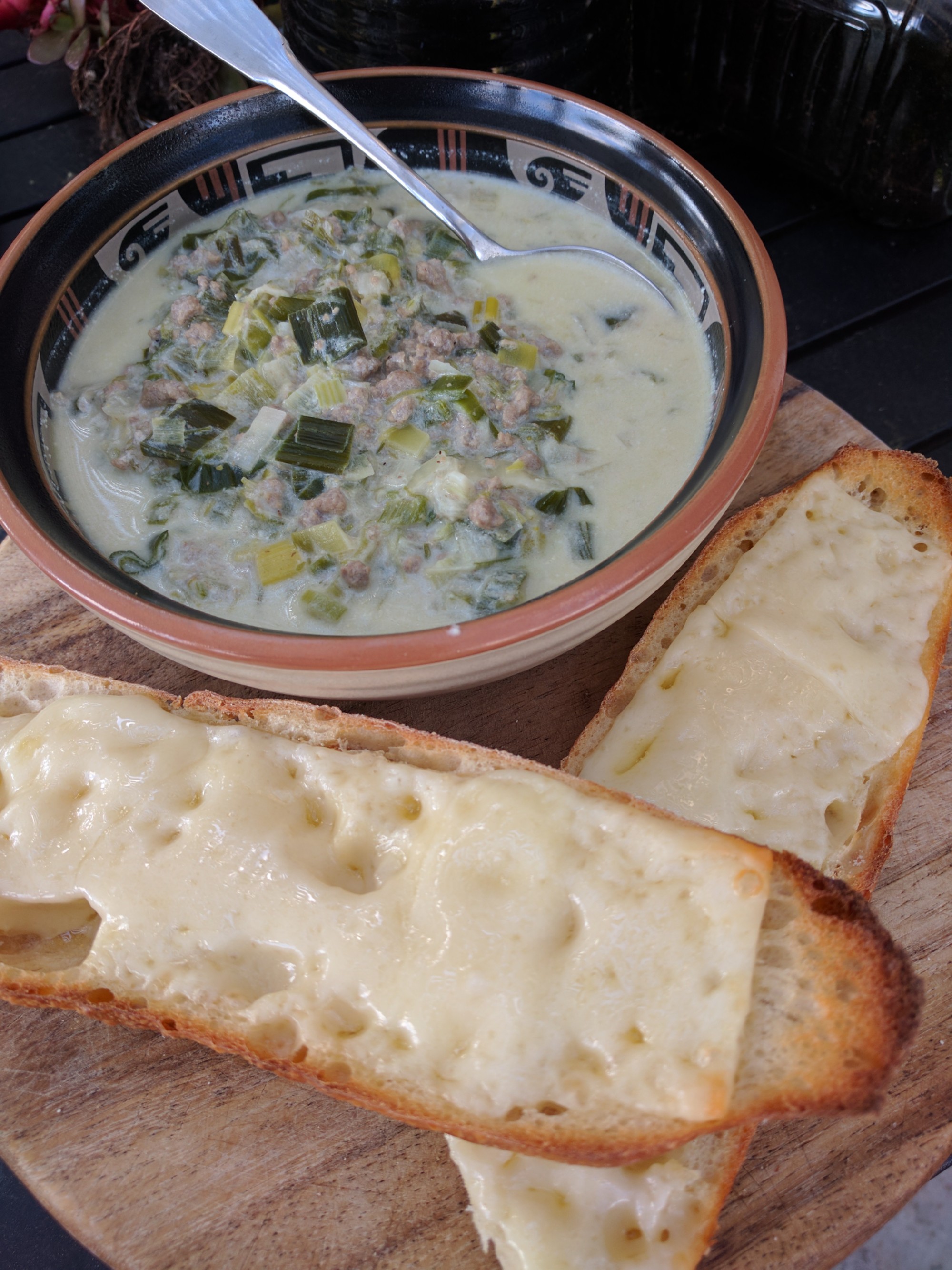