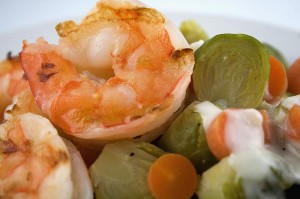 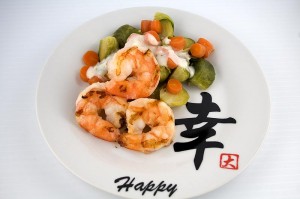 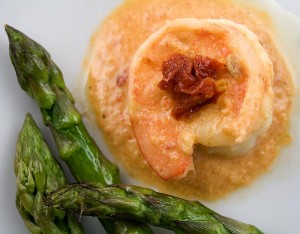 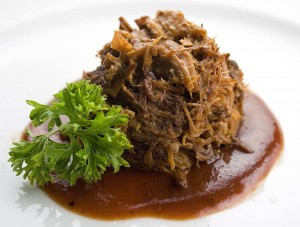 After enjoying some ribs for dinner at a restaurant I wanted to do something similar at home.

Pork: I bought some boneless country style ribs for this. I put the meat in the slow cooker, poured half a bottle of BBQ sauce (I think it was Bull’s Eye, but any will work) over it and adjusted the taste with some Sriracha (Thai hot sauce). I set the slow cooker to low and let it sit for 8 hours. At the end I opened the lid and let it cook for another half hour on high while frequently stirring. The last step is to dry the mixture out a little.

I made more than we would eat in one meal. We had this with stir fried vegetables, then with some salad and some left over even with just a slice of whole wheat bread. It would also be good with just some dinner rolls. 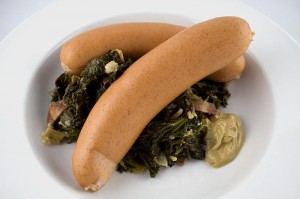 This meal is inspired by the delicious “Grünkohl mit Bregenwurst” meal I had in Germany years ago.

Kale: Strip the leaves of the stalks and wash them well. Chop them up and set aside. Cut up some bacon into small pieces and fry them for 3 minutes, add some finely chopped onions and fry for another 5 minutes until the onions are slightly brown. Now mix in a table spoon of oat meal for thickening. After a little stirring add the kale. Cover the pot and let the mixture simmer for about 20 minutes, occasionally stir.
I do all the steps in my favorite Le Creuset pot.

Sausage: I used some very tasty Knackwurst from a local European butcher store where they make these here in town. For this meal I boiled the sausage for about 10 minutes.

Some hot mustard goes well with this meal, we found some very strong Russian mustard in a little delicatessen store.